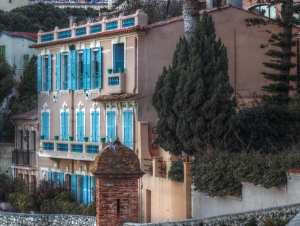 A former school principal and business executive look abroad for adventure and volunteer opportunities. They find their calling overseas working with communities in Africa and Eastern Europe:

For Helen Boxwill, it was as simple as this: Retire? YES. Rest and relax? NO!
So, in 2003, after a 23-year career in education, including three years as principal of Southdown Primary School in Huntington, Boxwill answered an ad for volunteer teachers in Africa. Nine months later, Boxwill landed in a remote Ethiopian village called Hosanna. It has since become her home away from home, she said.
Boxwill, 68, a divorced Huntington Station resident with three grown children, returns at least once a year, staying three weeks to 12 months, while pursuing different projects. During her time there, she said, she has developed a community library in Hosanna; expanded and refurbished a school in Tetema, a community 25 miles from Hosanna; and instructed college faculty on training new teachers. h2Empower, a nonprofit she established in 2006, provides financial contributions for her projects, and Long Islanders, including schoolchildren and her church's members, have supplied books and other materials.
"I have found my purpose in life," said Boxwill during a Skype interview from Ethiopia. "Everything I've learned or done professionally, I can apply in a place where my experience can make a difference."
For some Long Islanders, retirement, sabbaticals or vacations are an opportunity to volunteer, pursue an interest or travel to distant lands. Some manage to accomplish all three by volunteering overseas. "It gives you the advantage of seeing a new culture and new ways of living and looking at the world and an appreciation that the grass is not greener on the other side or, if it is, it can give a new sense of purpose," said Jaye Smith, 59, a Sag Harbor executive coach and author of "Reboot Your Life: Energize Your Career & Life by Taking a Break."

There are no hard statistics on how many boomers volunteer abroad, but the 50-plus crowd has represented a steadily increasing percentage of Peace Corps volunteers since 2006, according to spokeswoman Elizabeth Chamberlain. Currently, 8 percent, or 577, of its 7,209 volunteers are 50 or older.
With many retired from teaching or running a business or nonprofit, the corps' older volunteers know how to work with groups and motivate the local population to ensure a project's continuity, Chamberlain said. And because the organization typically places volunteers in areas where the culture venerates elders, their age is an asset, too, she said.
But volunteering can be challenging, experts said. In underdeveloped regions and non-Western countries where volunteers often serve, Internet service can be sporadic and local cuisines may not be compatible with the average gastrointestinal system. In addition, certain prescription medications may not be available, and top-notch medical care may be difficult, if not impossible, to find, experts said.
Volunteering overseas also means acclimating to new environments. For instance, in Ethiopia's capital, Addis Ababa, where few traffic lights exist, Boxwill said she follows other pedestrians when crossing a street, and during rush hour traffic jams, she forgoes public transportation and walks everywhere.
For the adventuresome and altruistic, though, overseas opportunities abound. A Google search for "overseas volunteering opportunities" will generate a lengthy list of nonprofits with programs abroad. The Peace Corps, which generally requires a 27-month commitment, offers assignments in 40 countries, such as teaching English in China. Globe Aware, a nonprofit that develops short-term, international volunteer programs, has projects in 17 countries, including Cambodia, where volunteers assemble and distribute wheelchairs to land mine victims, an official said. Project HOPE has been sending health care professionals throughout the globe to provide medical assistance since 1958, according to its website.
Agency policies differ regarding program duration and who picks up the tab for transportation overseas, daily lodging and meals. For example, Globe Aware's tax-deductible program fee, which covers food, accommodations, medical care and a bilingual coordinator, costs each volunteer $1,100 to $1,500, depending on the project, a spokesman said.
Given the commitment that overseas projects often require, Smith suggested that potential volunteers test the waters by participating first in the efforts of a local nonprofit involved with international programs. The local experience can help volunteers become confident and comfortable working with the population the organization serves and determine whether they can add value to its overseas work, she said.

Since 2005, Kenyan-born Anne and George Mungai, who live in Baldwin, have volunteered annually for one month in an orphanage and school they founded in Wangige, a suburb about 16 miles from Nairobi. The Caroline Wambui Mungai Children's Home pays tribute to their daughter, who died nine years ago of lupus. Caroline, then 25, was pursuing a master's degree in early childhood education and had envisioned starting a school for Kenyan children in need.
"We lost our daughter and gained 40 children," said Anne Mungai, 60. "We are carrying on her dream." Both parents have doctorates. She is chairwoman of the Curriculum and Instruction Department and director of the Special Education Graduate Program at Adelphi's Ruth S. Ammon School of Education. George, who is 63, teaches math at a Brooklyn high school.
They started the children's home by donating a four-bedroom house and 31/2 acres they inherited. The site now encompasses nine buildings, including classrooms, dormitories and a dining hall. George designs the classrooms and supervises the construction, keeping track of their progress through photos that are emailed to him.
"We are rescuing these children from poverty to destiny, which is our motto, and we want them to be independent and stand on their own," said George. "And that's what the kids want, too."
With three daughters, all in their 30s, accompanying them to the orphanage, the Mungais work in the kitchen, read to the children and take them to the doctor, pitching in wherever they are needed.
"If they need a hug, I give them a hug," Anne said.
"I feel so gratified and so fulfilled that we are living my daughter's legacy, multiplied many times over," George said. "It's not just what we are doing for one generation, but I believe the children will give back."
Along with organizing fundraisers, receiving financial support from Adelphi students, alumni and her colleagues, many of whom have volunteered at the home, the Mungais contribute part of their salaries to the Caroline Wambui Mungai Foundation, which sustains the facility.
"When I go to the orphanage, I think I am going to help, but the children help balance me to see what's important in life," said Anne. "When we see the children in good health and the love they feel, it gives us joy."

Volunteering has allowed Hollis Rafkin-Sax, 58, to channel a passion for travel overseas and photography into a philanthropic endeavor.
In 2008, Rafkin-Sax left the global crisis communications company she helped build. After enrolling at the International Center of Photography in New York City, she completed the yearlong general Studies degree program in 2010. Since then, she has participated in humanitarian missions with various organizations. On each trip, she has gone beyond the group's activities, taking photos and providing them at no charge to the nonprofits to use in printed materials and websites.
"I have always loved photography and wanted to use it in a way I could give back," said Rafkin-Sax, who is married with two grown sons and has homes in Sag Harbor and Larchmont.
In 2012, she spent two weeks in Bosnia, courtesy of a mission organized by the nonprofit Women's World Banking. While there, she took photos and shared her marketing experience with young women entrepreneurs.
And as a participant in a one-year fellowship last year under the aegis of the American Jewish Joint Distribution Committee, an international social service agency, Rafkin-Sax delivered food staples and medicines to the homes of impoverished, elderly men and women in the Ukraine and Hungary. The fellowship also involved a mission to Haiti, where she advised student leaders on entrepreneurship.
Wherever she has lent a hand, Rafkin-Sax said, she has not only been moved by the people she helped but also by other volunteers.
The committee "changed my whole way of thinking about the world and who the unsung heroes are," she said. "You go to disaster places, like Haiti, and you see people who have given up their relatively comfortable lives because they want to help, and that's hugely impressive."

GO IN WITH YOUR EYES OPEN

Tweet
Published in News Articles
More in this category: « School Built For Guatemalan Community Holidays That Help »
back to top