Although Ghana is a relatively small country in Western Africa, it is famous for a cuisine that is deeply rooted in it's culture and history. Globe Aware volunteers may find themselves unfamiliar with many of these traditional dishes.

Although Ghana is a relatively small country in Western Africa, it has a population of 30 million and was the first sub-Saharan country to achieve independence from colonialism. The country is not only famous for their great leaders, but also for a cuisine that is deeply rooted in their culture and history. 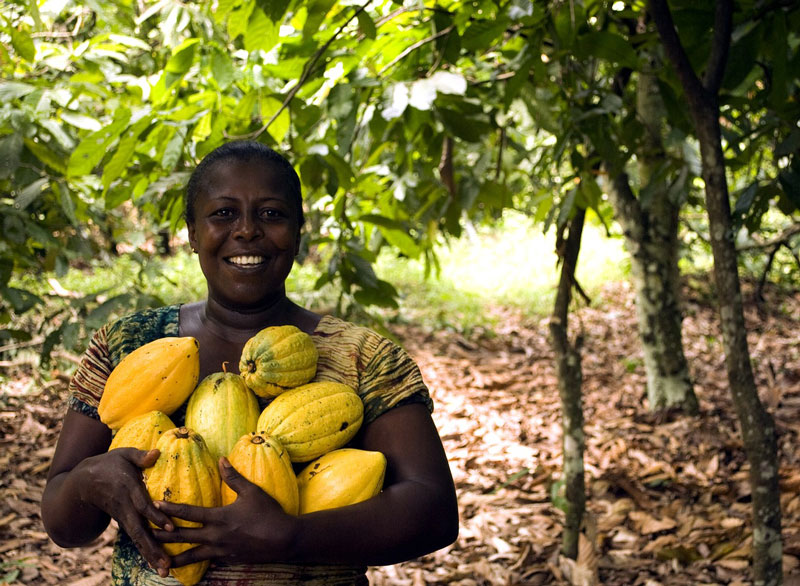 With the prevalence of tropical ingredients such as corn, beans, millet, plantains, cassava, hot peppers and tomatoes, most dishes utilise at least one of these in their preparation. A starchy staple such as yams, corn dough or plantain is typically paired with a stew or soup along with meat or beans.

So without further ado, here are the most popular traditional foods of Ghana, along with our favorite recipes for you to try yourself.

Banku is a solidified mixture of fermented corn dough and cassava dough that is combined and swirled in boiling water. It is a delicacy in Ghana’s southern, eastern, and western regions.

Banku is served with a variety of soups, stews, and sauces, ranging from peanut butter to pounded palm nut soup. Okra stew or soup, on the other hand, is the most famous soup that matches well with banku. Cowskin, often known as ‘wele,’ is applied to any seafood of your preference.

Fufu is a renowned delicacy throughout Ghana and its neighbouring countries. In Francophone areas, it is known as foufou or foutou, whereas in English-speaking areas, such as Nigeria, it is known as fufu.

Fufu is made with a mixture of simmering tropical cassava and plantain or yam, and is served with a mild soup. Peanut butter soup, pounded-palm-nut soup and vegetable soup derived from spinach or cocoyam leaves are all good combinations for fufu. Snails, mushrooms and fish are common ingredients in such soups.

Yam, like many other Ghanaian staple foods, may be used to create a bunch of dishes including yam pottage. Yams are boiled and cooked with tomatoes, peppers, onions, oil and herbs.

Dried sardines and salted dry tilapia are often incorporated into the dish to add extra flavor.

Kelewele is a side dish that consists of fried plantains that have been seasoned with a variety of spices and served alongside a stew or even just on their own. It is widely popular in Ghana and in neighboring countries due to its fragrant flavors and versatility.

Pronounced “Waa-chee” or “Waa-chey”, the leaves can be millet, sorghum or red hibiscus flowers which is called sobolo in Ghana. As the leaves cook, they release a red pigment which colors the rice and beans.

Tuo Zaafi, or TZ, is a popular dish amongst the people of Northern Ghana, particularly the Dagombas. It is made by preparing three separate dishes and combining them to create a meat stew.

Wasawasa is a dish made from the peelings of dried yams which are ground into flour and then cooked. The dish is widely popular in Northern Ghana.

It has a sweet flavor and is typically served with a spicy black pepper sauce and a stew, topped with sliced onions and tomatoes.

Jollof rice, one of the most popular dishes throughout Western Africa, is made by cooking rice in a tomato stew. It is easy to make and can be done in about an hour.

Jollof rice is also a staple dish in Nigeria and Senegal, with each claiming to be the original creators. It is typically served with salad or with chicken, goat, or cow meat.

Kenkey is a dumpling-like dish made with a maize dough that is fermented over a number of days. It is therefore quite a time-consuming dish to make.

Red Red, as you might imagine, is a dish of deep-red color made from black eyed peas and plantain. Fish, scotch bonnet peppers, onions and tomatoes are also added.

The most common fish used are pilchards or mackerel. It is then often served with rice or fried plantain.

Shito, also known as shitor din, is a Ghanaian hot black pepper sauce generally prepared using fish or vegetable oil, ginger, dried fish, prawns, crustaceans, tomatoes, garlic, peppers and many different spices. The ingredients are generally blended and prepared in vegetable or corn oil for more than an hour to make the sauce.

Omo Tuo are soft-boiled grains of rice that are formed into balls, cooked and served with a variety of soups. It is a versatile side dish that can be paired with plenty of meals.

Tweet
Published in News Articles
More in this category: « Snow and thunderstorms could hinder Thanksgiving 2022 Travel Live the life of your dreams »
back to top