What is the Mid-Autumn Festival?

The mid-autumn festival lands on September 10th 2022, and is celebrated throughout Asia. Globe Aware volunteers in Vietnam during this month will be lucky enough to experience this special harvest celebration, also known as the "children's festival."

What is the Mid-Autumn Festival, and how is it celebrated around Asia?

The Mid-Autumn Festival or Moon Festival is celebrated across East Asian and Southeast Asian countries, especially those with Chinese communities, but what does it really entail?

Falling on the fifteenth day of the eighth lunar month (as per the Chinese lunar calendar), it is observed for a few days (mostly three) around the main day, wherein the city streets are decorated with bright and colourful lanterns and dazzling lights. During this period, people typically celebrate by savouring delectable mooncakes — which, as their name suggest, represent the full moon. The snack also symbolises happiness and family reunions.

This year, the Mid-Autumn Festival falls on 10 September. Mooncakes aside, not everyone might know what the event is all about. 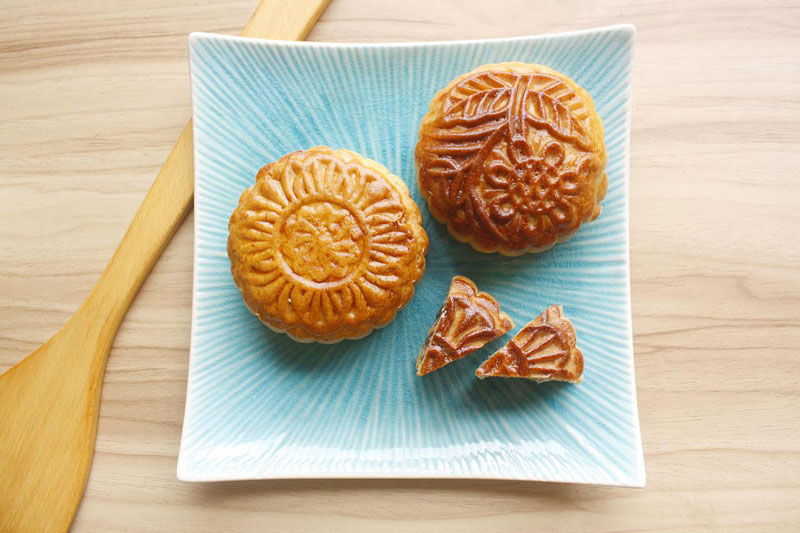 All about Mid-Autumn Festival and mooncakes

The history of the Chinese festival and its different names

Known as Zhōngqiū Jié in Mandarin in China, Hong Kong, Macau and Taiwan, it is called Tết Trung Thu in Vietnam and Chuseok in Korea. Additionally, it is known as the Mooncake Festival, too, going by the festival-specific dessert.

Meanwhile, those with Chinese heritage in Indonesia celebrate another variation of the festival called the Lantern Festival (not the one celebrated in China).

Based on various beliefs, Asian parents tell different stories revolving around the festival to their children. One of the popular ones is about the Jade Emperor whose ten sons altered themselves as ten suns and began disturbing life on earth with their scorching heat. The emperor hired the famous archer Hou Yi, who brought nine of them down. For this, he was awarded the immortality elixir for his bravery.

However, he gave the elixir to his wife Chang-e who once drank it to save it from being stolen by his followers. She then floated to the moon and stayed there as a deity. It was believed that she would return to her husband on Mid-Autumn day.

Meanwhile, Hou Yi started burning incense and offering food to the moon after losing his wife. His love touched people across various Chinese communities and similar traditions related to the festival came into practice.

Another tale narrates the story of a beautiful singer Diaochan, who lived during the Han dynasty (206-220 CE). After knowing about the ongoing politics in the royal court where she lived, she prayed to the moon for peace at midnight. Seeing her beauty, Chang-e, the goddess residing on the moon hid amid the clouds as she felt inferior. Diaochan’s beauty has been regarded as higher than Chang-e’s since then.

The Vietnamese Mid-Autumn Festival is a favourite among kids. Also known as the ‘Children’s Festival’ in the country, every child looks forward to preparing their own lanterns and nibbling on the scrumptious mooncakes.

The harvest festival has much folklore attached to it, but the one which is the most popular in Vietnam is about a man named Cuội. He was said to have hung from a magical banyan tree that led to the moon. The Vietnamese believe that a man’s shadow can be seen if one looks closely at the moon, and the children light lanterns to help him find his way back to the earth.

As the city preps for the sparkling festival, one can easily witness lion dance by performers rehearsing on the streets. Add to it stalls with gorgeous lanterns, toys, masks and aromatic mooncakes.

On the full moon night, a vibrantly dressed male dancer can be seen amid the festivities. He represents the Earth God, Ông Địa, known for abundance and his mask symbolises the moon. He tells the lion dancers to perform for the crowd who cheer onlookers with their comical moves.

Múa lân or lion dance is one of the major attractions of this festival. This act is carried out by professional acrobatic dancers who comprise the lion’s body. Much to the awe of children, the dancers move closer to them to entertain and make them laugh.

If you are planning to visit the country during this bright festival, Hanoi, Hội An and Ho Chi Minh City are the best ones to be in. Don’t forget to catch the lion dances live.

Scrumptious mooncakes and other delicacies

One of the best things to look forward to during the festival is mooncakes. And, it has an interesting anecdote as it holds much importance in Chinese history. While the Han Chinese revolted against the Mongols during the Yuan dynasty period (1279-1368 CE), it is believed that some revolutionaries exchanged secret messages through mooncakes.

The full moon-shaped delicacy come in traditional filling, which includes lotus seeds and roots, melon seeds, fruits and chocolates. However, if you wish to try something unconventional, go for the ones prepared with fillings of spicy beef, leek and fermented bean curd.

Mooncakes come in a varied price range. These include normal ones with an average price and luxury mooncakes costing a few thousand yuan.

Other countries that celebrate the harvest festival

Other than China and Vietnam, countries including Taiwan, Korea, Japan, Singapore, Cambodia, Malaysia, Indonesia, Thailand, and the Philippines celebrate the festival, which is all about three important concepts — gathering, thanksgiving and praying.

Other than organizing family reunions and other rituals related to worshipping the moon, the people of Korea worship their ancestors too. While the men of the family stand together for the ‘worshipping ceremony,’ the eldest son invites the ancestors by opening the front door and offering flowers, drinks, and food items. While paying their respect to them with other family members, he burns the incense. They begin the feast after this ceremony.

The Japanese, on the other hand, follow a different way of worshipping the moon and celebrating the festival, and it is known as Tsukimi there. Along with dressing in traditional attires and visiting their place of worship, they decorate their houses in a specific manner using pampas grass. It symbolizes the beginning of autumn and is believed to keep bad energies away.

For the people of Malaysia, going for the lantern parades during this festival is a major attraction. One of the best places to witness the Mid-Autumn festivities is Thean Hou Temple in Kuala Lumpur, which is said to be one of the oldest and largest temples in Southeast Asia. You can also visit the ‘river of lights’ parade in Penang when it comes alive with brightly lit lamps and lanterns.

India, too, celebrates the autumnal harvest festival, known by different names in different states, including Mim Kut in Mizoram, Nuakhai in Odisha, Pham Kho Sowai in Arunachal Pradesh and Onam in Kerala.

Tweet
Published in News Articles
More in this category: « Thailand To Start Treating Covid Like The Flu From October Ten most colourful places to visit »
back to top