US officials are tightening travel regulations again after the discovery of the Omicron variant in late November. Globe Aware volunteers should know about the two new measures that have been put in place by the U.S. government before traveling.

New US travel rules: What you need to know about the changes prompted by Omicron

(CNN) — Just when we thought US travel rules were starting to stabilize, along comes Omicron.

The dominoes fell quickly after South African health authorities informed the world of their discovery of the Omicron variant of the coronavirus in late November.

The Biden administration rolled out controversial travel bans on arrivals from eight nations in southern Africa. Travelers found themselves unexpectedly stranded. And now US officials are tightening travel regulations again.

Things are changing by the day and even by the hour, but here's what we know about the US travel rules effective as of Monday:

Are testing rules for entry into the US changing?

Yes, all inbound international travelers are now required to test within one day of departure for the United States starting Monday.

All flights departing after 12:01 a.m. ET December 6 will abide by a new CDC testing order.

This new testing time frame will apply to everyone, "regardless of nationality or vaccination status," the plan outlined on the White House website says.

Documentation of having recovered from Covid-19 in the past 90 days is also accepted.

There is still a requirement for foreign travelers arriving in the United States to be fully vaccinated.

Before the new rule went into effect, all vaccinated travelers were required to test within three days of their departure.

Unvaccinated Americans and legal permanent residents are allowed to enter the country with a test taken within one day of departing for the United States. The new rule makes the testing time frame one day for everyone.

Biden also announced that the federal mask mandate requiring travelers to wear masks in airports, on planes and on other modes of public transportation such as trains and buses has been extended through March 18. 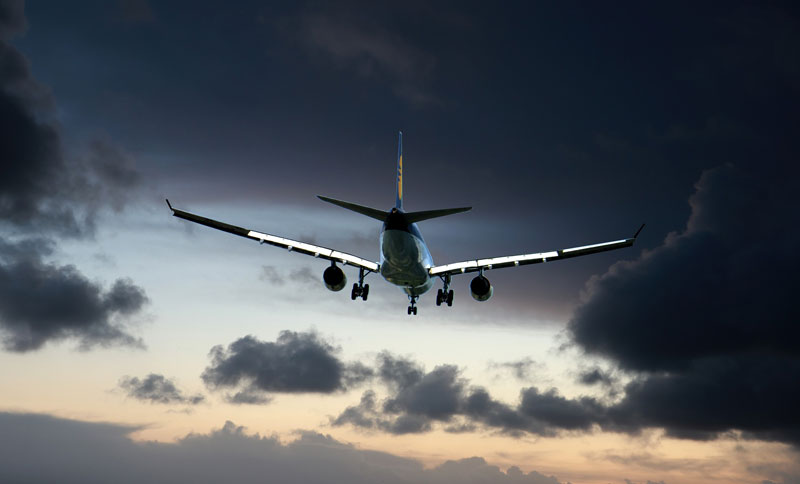 No. Per the CDC, the "one day" time frame is used to "provide more flexibility to the air passenger and aircraft operator."

Acceptance of the test does not depend on the time of the flight or the time of day the test sample was taken.

"For example, if your flight is at 1 p.m. on a Friday, you could board with a negative test that was taken any time on the prior Thursday," the CDC says on its website.

Does the testing requirement apply to children?

Yes, it applies to all air passenger 2 years or older flying into the United States.

Does it apply to land border and seaport arrivals?

No, the requirement is just for air travelers.

Is there a post-arrival testing or quarantine requirement?

There is not. "We're not announcing any steps on post-arrival testing and quarantine," a senior administration official said in a press briefing on December 1.

What countries fall under the new US travel ban?

The travel bans announced on November 26 bar entry into the US of noncitizens coming from eight countries in southern Africa. They are Botswana, Eswatini, Lesotho, Malawi, Mozambique, Namibia, South Africa and Zimbabwe.

Citizens of those nations and citizens of other nations who have been traveling there in the past 14 days are currently not allowed entry into the United States.

Dr. Anthony Fauci, director of the National Institute of Allergy and Infectious Diseases, said on Sunday that the travel ban is being reevaluated every day, and the US government is aware of the hardship it has placed on those countries.

Fauci, Biden's chief medical adviser, said the ban was put in place when the US was "in the dark" and just learning about a surge in cases in South Africa because of the Omicron variant; the ban was meant to provide time to assess the situation.

Can US citizens already in those nations return?

Per the White House proclamation, the CDC says that "citizens and lawful permanent residents of the United States, certain family members, and other individuals who meet specified exceptions, who have been in one of the countries listed above in the past 14 days will be allowed to enter the United States."

A negative Covid-19 test taken within one day of their departure for the US is required.

Can US citizens still travel to the banned nations?

United Airlines is also resuming nonstop service between Newark and Cape Town, according to a news release from South African Tourism. The release also said, "we would like to emphasize that our country remains open for all those travelers who wish to visit."

An American family stuck in Johannesburg, South Africa, amid new Covid-19 travel restrictions talk about their experience in trying to get back home.

Whether it's advisable to go is another matter. The CDC advises against it.

Going to southern African nations while bans are in place around the world might cause you to be banned from going to other countries. For instance, the United Kingdom is not allowing anyone who has been to "red list "countries -- which include Angola and Zambia as well as the eight discussed above -- from entering except its own returning citizens.

Argentina, Canada, Italy and other nations also have put bans in place, each with their own specific parameters.

What is the US doing to detect the virus?

The CDC said it would expand Omicron surveillance at four major US international airports.

The CDC has also recently directed airlines carrying passengers that have been to certain southern African nations to share those passengers' contact information with the agency.

Airlines have already been gathering contact information from passengers under a CDC contact tracing order that has been in effect since November 8.

Tweet
Published in News Articles
More in this category: « India will resume scheduled international flights on December 15 Cambodia re-opens to fully vaccinated travellers »
back to top