The king of Bhutan has taken it upon himself to hike across the country to help curb the Covid-19 pandemic because "his Majesty's presence is far more powerful than just issuing public guidelines." Globe Aware applauds the king's continuing dedication and efforts to help his people.

The king of Bhutan has taken it upon himself to hike across mountains, visit remote villages, and trudge through leech-infested jungles to help his country curb the Covid-19 pandemic.

King Jigme Khesar Namgyel Wangchuck has been making trips by car, horse, and foot across his kingdom to supervise pandemic measures and warn his people of the coronavirus, according to the official royal Facebook page. He's been making the trips over the last 14 months and has managed to span Bhutan's eastern border - which is more than 400 miles long - reported Reuters. 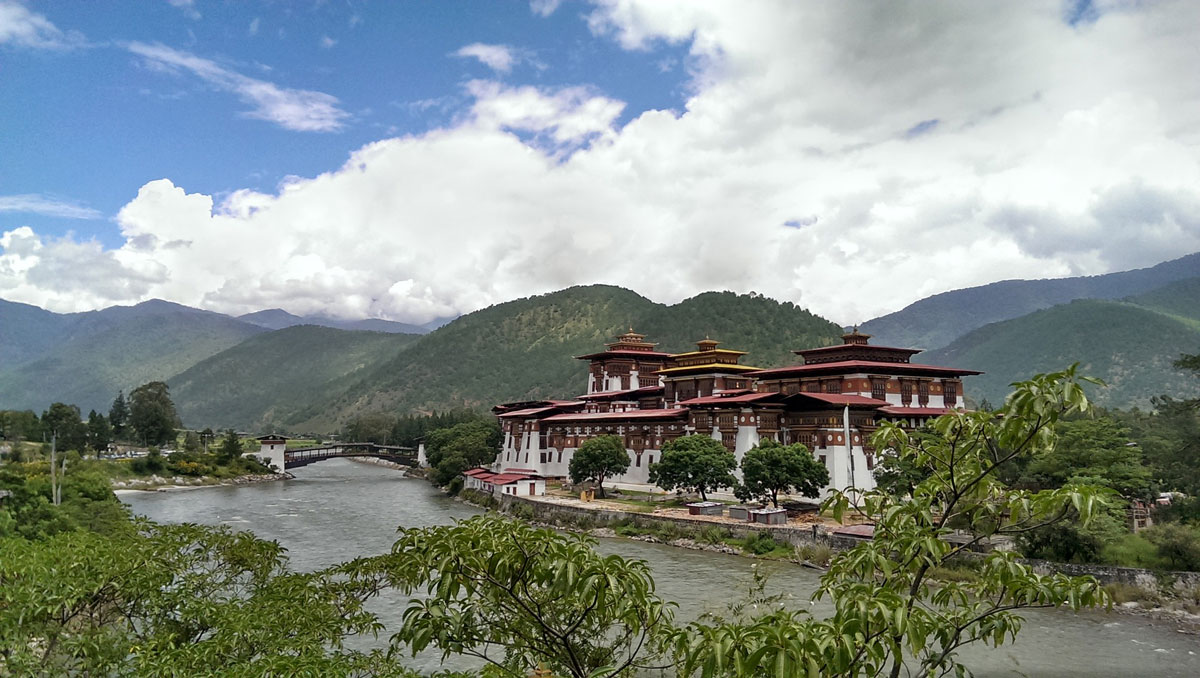 One of his latest treks lasted five days across 41 miles, according to the royal Facebook page, in which he sported an outdoor backpack, hiking gear, and sometimes a pair of sunglasses or a dark baseball cap.

Camping on the slopes and among the trees by night, and dropping by rural settlements in the day, he has spoken to health workers in various regions and inspected several border posts.

Whenever he finishes a tour and arrives back in the capital of Thimpu, he quarantines himself in a hotel according to protocol, said Reuters.

The monarch is immensely popular among the people of Bhutan. He's known for traveling to meet and discuss the country's policies with his people. When he took the throne in 2006, he relinquished his absolute powers to turn Bhutan into a constitutional monarchy as part of a democratization process.

"When the king travels for miles and knocks... to alert people about the pandemic, then his humble words are respected and taken very seriously," Bhutan Prime Minister Lotay Tshering told Reuters.

"His Majesty's presence is far more powerful than just issuing public guidelines," said Tshering, who accompanies the 41-year-old king on his trips.

According to the royal Facebook page, the king is concerned by a recent "large number" of community infections in the region.

Bhutan, a land-locked kingdom of 700,000 people that is surrounded by China and India, is one of the world's most mountainous countries with an average elevation of 8,000 feet. Its southern neighbor, India, has been battling one of the worst Covid-19 outbreaks in the world but Bhutan has had relatively few cases.

As of June 28, Bhutan has reported 2,052 Covid-19 cases and one death caused by the coronavirus.

As a Covid precaution, Bhutan closed its borders to all but essential travel in April.

However, there is concern about "frequent interactions between people across the porous border" with India, according to the royal Facebook page.

"(The king) has been to all high-risk border areas time and again to monitor every measure put in place and to ensure best practices are followed within limited resources," Rui Paulo de Jesus, the World Health Organization representative in Bhutan told Reuters.

Bhutan is currently struggling with a severe vaccine shortage. While it managed to provide around 90% of the country with one dose of the AstraZeneca vaccine, it does not currently have enough doses to ensure that its citizens receive a second dose.

The government is contemplating offering mixed doses of another vaccine to residents. Both Canada and Spain have already approved mixing vaccines, and studies have shown that taking the Pfizer vaccine as a second dose to the Astrazeneca vaccine is safe.

Tweet
Published in News Articles
More in this category: « How to deal with constipation, swelling and other travel symptoms Volunteer While Traveling With Your Kids »
back to top